The Power Of Music in children’s Life – What could Blowout Sax do? 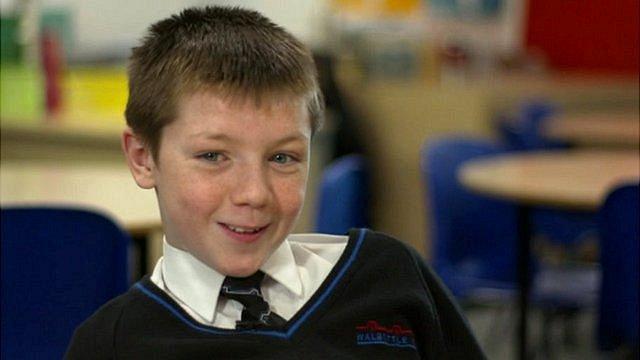 Classical music is transforming children’s lives in a Tyneside’s inner city areas as part of an innovative project at Sage Gateshead.

Just been watching the ever awesome show Treme set in N’orleans post Katrina and on the episode entitled
“Dippermouth Blues”
Davis DJ’ing at WWOZ on New Years Eve and there was a sound  I know and love  the immortal King Curtis playing  “What Are You Doing New Year’s Eve?”
This week I have been editing some of the 50 plus tracks  have transcribed of this genius and if you wish to know more of this mans incredible life go to Amazon.co.uk and buy in kindle or hardback  Sax Madmen written by myself and Tony Clark.
http://www.amazon.co.uk/Sax-Madmen-Mark-Archer/dp/178003816X/ref=sr_1_1?ie=UTF8&qid=1427545201&sr=8-1&keywords=sax+madmen
Heres a sample of the artwork we commssioned for this project.

‘Gypie Mayo’ A Song In His Honour

I have  recently rewritten a song and here’s a film to accompany a South African style song rewritten to honour the life of the late great Gypie Mayo and words and melody by Mark Archer his songwriter partner.Soprano sax as always adds joy and atmosphere.

The original idea was written and recorded by Mark,Gypie and his brother Mark Cawtha.

The incredible photos that depict the man are by Simon Archer www.simonarcherphotography.co.uk from various jam nights at Jenny’s house.Big Thanks to to Jez Broun for the excellent film.

Enjoy my homage to this incredible man and musician.

The death of Charlie Parker – and his New York afterlife

The death of Charlie Parker – and his New York afterlife

Sixty years on: Charlie Parker died prematurely in 1955 Photo: AFP
Miles Davis was almost always in tune. Yet one of the truest notes ever struck by the genius who spent a glorious half-century redefining what could be wrought from the trumpet was not a tumbling cascade of melody but a simple sentence. “You can tell the history of jazz in four words,” he once commented. “‘Louis Armstrong. Charlie Parker.’”

The icon whose own Kind Of Blue ranks as one of the finest recorded statements of the 20th (or, indeed, any) century may have been underplaying his own place on the cultural pantheon, but his statement still rings with authority. And it has echoed loudly this week.

It could never be argued that Armstrong – gregarious, upbeat and charismatic – has been forgotten. Nor, it must be stressed, has Parker. But the latter, a far more troubled and complex character than the great Satchmo, can be a little harder to pin down. Where you can barely move in New Orleans for reminders of Armstrong in his pomp, Parker’s memory still skulks somewhat in the shadows, rather as the man himself was prone to do.

Today marks the 60th anniversary of his death – a passing as premature and horribly self-inflicted as any that would later be suffered by Jim Morrison or Kurt Cobain.

Born in August 1920, Parker would not witness the end of 1955, expiring at 34 – nominally of pneumonia, but with his liver devoured by cirrhosis.

Two decades of heroin abuse had also ravaged him. The drug was a not uncommon element of the US jazz scene of the Forties and Fifties, dragging Davis into its clutches for a while, and playing a role in the death of John Coltrane – but Parker’s embrace of it was especially enthusiastic. The coroner conducting his autopsy initially thought that he was examining a man of 60.

Yet for all the darkness that clung to him, it was Parker’s music – warm, bright, devilishly skilled and genuinely revolutionary – which now defines his legend.

Born in Kansas City, he made his name in New York, swapping the vague heartlands of America for the tough metropolitan certainties of the Big Apple before he was 19. He was instrumental in the development of bebop – the new, fast-paced, often challenging version of jazz which emerged (largely) in the city as an alternative to the easy-listening popularity of swing in the early Forties. Parker’s distinctive saxophone style, which drew blues and even latin influences into its rich textures, was frequently to be heard in the clubs of Harlem, where this heady rhythmic soup was on the boil.

On some evenings, his gift would intertwine with the virtuoso trumpet tones of Dizzy Gillespie, a ‘supergroup’ before the idea existed. His ability has also held its poise into the 21st century, in numbers such as Yardbird Suite and Bird Gets The Worm – the latter, at 340 beats per minute, a track of remarkable speed.

Attempting to follow the pathways of a musical titan whose death hangs heavy over the vibrancy they displayed in life can be a sombre business. It is impossible to walk across the garish colour-clash carpets of Graceland and not imagine Elvis Presley as the bloated cartoon he had become rather than the swivel-hipped rock ‘n’ roll breaker of boundaries he had been. Pausing at the Strawberry Fields memorial in Central Park can feel a little like gatecrashing a funeral – so close is it to the spot where John Lennon was murdered.

And such is the case with chasing Parker’s ghost through New York. You can find the site of the last rites, of course – there amid the grandiosity of Fifth Avenue. He collapsed in the suite of his friend Baroness Pannonica de Koenigswarter, a jazz writer and supporter of bebop, in what was then the Stanhope Hotel.

The building no longer has this purpose. It was converted into apartments in 2005, and is now posited as ‘995 Fifth Avenue’. If, at the time, this was a salubrious address for an insalubrious demise, it is even more so now. Over the road, Central Park seems to be at its greenest, with the Metropolitan Museum of Art – Van Gogh, Monet, Picasso, Matisse et al adorning its walls – immediately adjacent.

However, The Stanhope was famed for live music and cabaret, meaning it was not so far removed, spiritually or physically, from the East Village.

Parker lived here from 1950 to 1954, with his common-law wife Chan Berg – in a ground-floor flat at 151 Avenue B. This brownstone townhouse knows its position in jazz lore. It was added to America’s National Register of Historic Places in 1994, two years after the relevant portion of Avenue B – between East Seventh and 10th Streets – was renamed ‘Charlie Parker Place’.

This is a nice touch, a respectful tipping of the hat.

But the siren call comes from above Central Park. Harlem was Parker’s – and jazz’s – domain. It has changed much in the last 60 years, and considerably in the last 10, a tide of gentrification sweeping north up Fifth Avenue and Central Park West – smartening some parts of the area, adding a soporific coffee-shop glaze to others. Clark Monroe’s Uptown House, for example, is no more. Indeed, it switched address as long ago as 1943. There is little now at its former site – 198 West 134th Street – to say that Parker’s saxophone moved men and mountains here.

Another landmark, though, remains. Minton’s Playhouse was one of the twentysomething Parker’s proving grounds. He duelled here with Gillespie as bebop found its form and its urgency.

Its appearance has been sharpened, the service too – the tough-living Parker would, one suspects, raise an eyebrow at a menu that serves items as gourmet as a grilled venison burger with blackberry onion jam (for $26/£17). But cross the threshold and you have entered a place as central to New York’s musical soul as the nearby Apollo Theater or (the now sadly defunct) CBGB in Bowery.

Parker lingers elsewhere. He is buried in Lincoln Cemetery in Blue Summit, on the Missouri side of Kansas City – a resting place which owes much to his mother’s wishes and nothing to his.

There are, though, heartfelt tributes in this distant city of his birth. His grave lies five miles east of the American Jazz Museum (1616 East 18th Street; 001 816 474 8463; americanjazzmuseum.org), which charts the role of this twin-state metropolis in the jazz story. Around the corner on Vine Street, Parker is present but seemingly oblivious to his surroundings – the eyes closed on an 18ft bronze imagining of his head, cast by the sculptor Robert Grahakansim in 1999. The words chiselled into the plinth, ‘Bird Lives’ refer to his nickname – ‘Yardbird’ – as well as his most fondly remembered tune.

He drifts beyond borders too. If you ever find yourself in Toronto, wander to its Garden District, where Massey Hall (178 Victoria Street; 001 416 872 4255;masseyhall.com) can claim a groove in the Parker narrative. A polite structure in red brick, it is no tiny back-street venue, nor a specialist jazz club. Indeed, Canada’s current pop ‘heartthrob’ Justin Bieber staged a Christmas show here as recently as 2011.

But Parker has trodden its boards too. On May 15 1953, he played a concert here alongside Dizzy Gillespie. It attracted an underwhelming audience due to a Rocky Marciano boxing match taking place on the same night – but it would be preserved on vinyl as the seminal live album Jazz At Massey Hall. It would also be the last verified time that he and Gillespie met. If you listen carefully, you may just be able to hear a saxophone and a trumpet in harmony.

Aside from Minton’s, the spirit of Charlie Parker lives on in these venues…

A cultural cornerstone of New York, the Village Vanguard has occupied its spot in Greenwich Village since 1935 – and has hosted nothing but jazz shows since 1957. Miles Davis performed here. John Coltrane was recorded for posterity over four nights in 1961.

A relative newcomer, the Blue Note only appeared on the Greenwich map in 1981, but has established itself as a revered jazz venue. Its Sunday brunches are always popular.

Founded in 1926 as Club Caverns, this musical bolthole was a heartbeat of U Street at the time when this long drag was known as the ‘Black Broadway’. Duke Ellington played regularly. It shut in 1968, but reemerged 30 years later as the American capital gentrified.

What seems to be a shack in the French Quarter opened as recently as 1961, built to be a jazz hotbed in a city that claims the genre as its own. Nightly shows at 8pm, 9pm, 10pm.

Creme Anglaise is a new album by the great John Helliwell and ‘ Lullaby for Channing’ is one of the most exqusisite and delicious saxophone pieces I have heard in a while.
Youtube – https://www.youtube.com/watch?v=fxyPbIDbDdA
also check out his incredible solo at the end of Crime Of The Century live in Paris way back in 1979 .. magnificent..

How to get attention while playing the sax?The eccentric work of the saxophonist!!

Want to get people’s attention while playing sax? This would probably work –
https://www.youtube.com/watch?v=Mi4PiLSQhf0

(Ali Campbell’s UB40, not the band playing on 10 May and 4 June, which is fronted by Ali’s brother, Duncan!)